Biodiversity is under serious threat due to human activities. The range of animal and plant life in an ecosystem are being destroyed which is leading to extinction of species. Biodiversity is fast depleting. All types of ecosystems are showing rapid change. They are under constant stress due to natural and human activities. Threats to biodiversity includes habitat loss and fragmentation, over exploitation, pollution, introduction of non native species or exotic species, etc. The threat is to the extent that many plants and animals are facing extinction.

Following are the important factors that can be attributed to the loss of species and ecosystem.

Habitat loss or degradation or fragmentation

The reduction of large areas rich in biodiversity into small pockets due to the establishment of agricultural fields, roads and other developmental projects play vital role in loss the of biodiversity.

Various natural and human activities have made the habitats unsuitable for several species of plants and animals. Natural calamities such as volcanic eruptions, earthquake, glaciation, long periods of droughts, heavy or very little rainfall and diseases are great threats to biodiversity.

Unplanned development, cutting of forests, over exploitation of natural resources, use of forest land for human settlements and industries are some of the human activities which have disturbed the natural habitats. Excessive withdrawal of water from wetlands, fishing, building of dams,jetties and canals have adversely affected the wetland ecosystems. Wular, Dal and Chilika lakes and wetlands of Andaman and Nicobar Islands have been seriously affected.

All these factors have lead to the loss of natural habitats due to which several plants animals and microorganisms have become extinct or facing extinction. 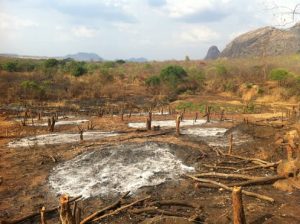 Over hunting particularly illegal poaching, over collection remain a serious threat to species and significant cause for extinction of many species. Examples of endangered species due to over collection are Madonna lily (Lilium candidum) of Europe, Saguaro cactus (Carnegiea gigantea) of North America, etc.

Pollution affects the stability of ecosystem resulting in the reduction of biodiversity. Climate change and pollution from chemical contaminants certainly posses a further threat to species and ecosystems.

Terrestrial land, lakes, marshes, rivers and wetlands in the country are threatened by domestic pollution from sewage, industrial pollutants and toxic effluents. Besides this agricultural run-offs containing pesticides and chemical fertilizers have increased the toxicity of lakes and ponds making them unfit for aquatic plants and animals. Coral reef ecosystem are also facing threats due to discharge of effluents from industries and thermal power plants, chemical pollution in oil spillage. These activities are the cause of mortality of many species. Oil spillage alone accounts for the death of 50000 to 250000 birds every year.

Exotic species are foreign or alien species entering into a new geographical area. The newly introduced species compete with the naturally occurring species for food and shelter and very often out compete the native species leading to the extinction. For example, Nile Perch, an exotic predatory fish was introduced in the Victoria lake in South Africa. It proved to be a great threat for the native small Cichlid fish which is endemic to this lake.

Eichhornia and Lantana are two plants which strongly compete with the existing species. Eichhornia or water hyacinth grows vigorously in lakes and ponds becoming a great threat to the underline plants and animals. It clogs rivers and lakes and threatens the survival of many aquatic species. Similarly, Lantana camara has invaded many forests in several parts of the country and it strongly competes with the inhabitants species.

Extinction means disappearance of species from any geographical region. It is a natural process. The evolutionary history of earth shows that many species, which formed dominant flora and fauna during a geological period disappeared completely due to the changes in the habitat and climatic conditions. Their place has been taken by new species which were successful in adapting themselves in the new changed environment.

Natural calamities such as volcanic eruptions, earthquakes etc., cause mass extinction. It results in complete loss of biodiversity of the region. Extinction due to human activities is termed as anthropogenic extinction. Excessive exploitation of certain species by human beings have resulted in their extinction. The number of species community depends upon the date of extinction.

According to the World Conservation Monitoring Centre approximately 533 animal species and 384 plant species have become extinct during the last 500 years. Most of the extinct animals are vertebrates and extinct plants are angiosperms. Tropical forests are losing 14000- 40000 species every year. With the current rate of extinction, by the end of  21st century, earth may lose 50% of its species.

IUCN has defined red data categories which specifies state of extinction process. International Union for Conservation of nature and natural resources (IUCN ) has identified rare species of plants and animals on the following basis:

IUCN has recognised following categories on the basis given above: 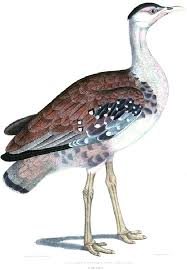 These are the species or taxa facing extinction and whose survival is unlikely if the causal factors continue to operate.

Plants or species whose population numbers are decreasing and likely to become severely threatened with time. They can represent the category of endangered species if unfavourable conditions in the environment continue to operate.

(i) species of which most or all the populations are decreasing because of over exploitation, extensive destruction of habitat or other environmental disturbances

(iii) taxa with populations that are still abundant but are under threat from serious adverse factors throughout their range.

Species with small world population are termed as rare species. Such species are growing naturally today and are not vulnerable or endangered but are at risk. The rare species have a population of less than 20,000 individuals. Some are naturally rare and are able to maintain much small number. Other rare species have become rare because of the interference of human or other unnatural forces.

These are the taxa which fall into any one of the above three categories- endangered vulnerable and rare.

Out of danger (O)

These are the species which were earlier placed in one of the three above categories but which are now considered relatively secure because of the application of effective conservation methods.

These are the taxa suspected of belonging to one of the first three categories but for which insufficient information is currently available.

As against Red Data Book there is a Green book. It lists plants grown in protected areas. Botanical Survey of India has a Green book  which has a list of hundreds of rare plants .